Our first temporary installation took place a few years ago in the city of Massa. A realization to which we are very proud of because it was obtained with much will and little funds. At the base of the project there was the intent to make the three-dimensionality and structure of the Cathedral of Massa perceivable through the use of an unusual light and the combination of three different colors. Particular accents of light emphasized the ornaments and sculptures: for example, on the head of the lion in front of the obelisk, a game of light was created by positioning a light source from below that reflected the passage of water in front of the sculpture, creating movement. On the facade of the Palazzo della Provincia, the logo of the event was projected. 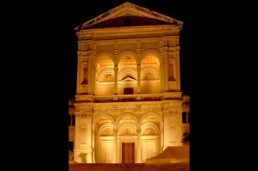 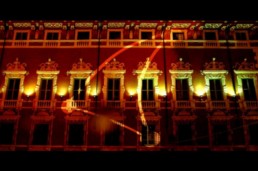 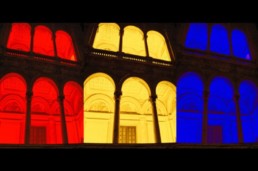 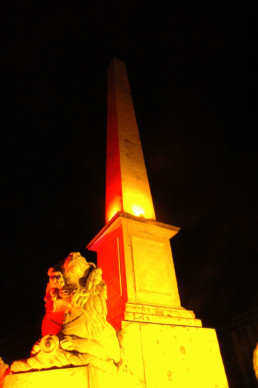 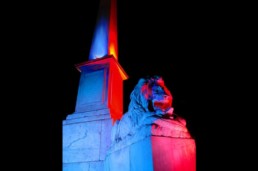 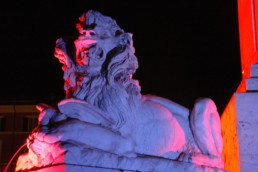 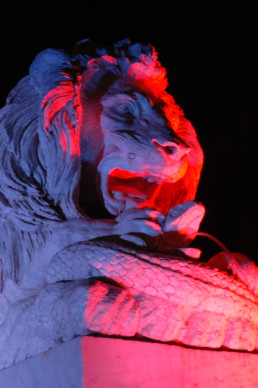